Playdead Press has partnered up with one of the top youth theatre companies in the UK, M6 Theatre who create innovative theatre for and with young audiences, to release a series of works and monologues developed by them. For more information please visit  www.M6theatre.co.uk 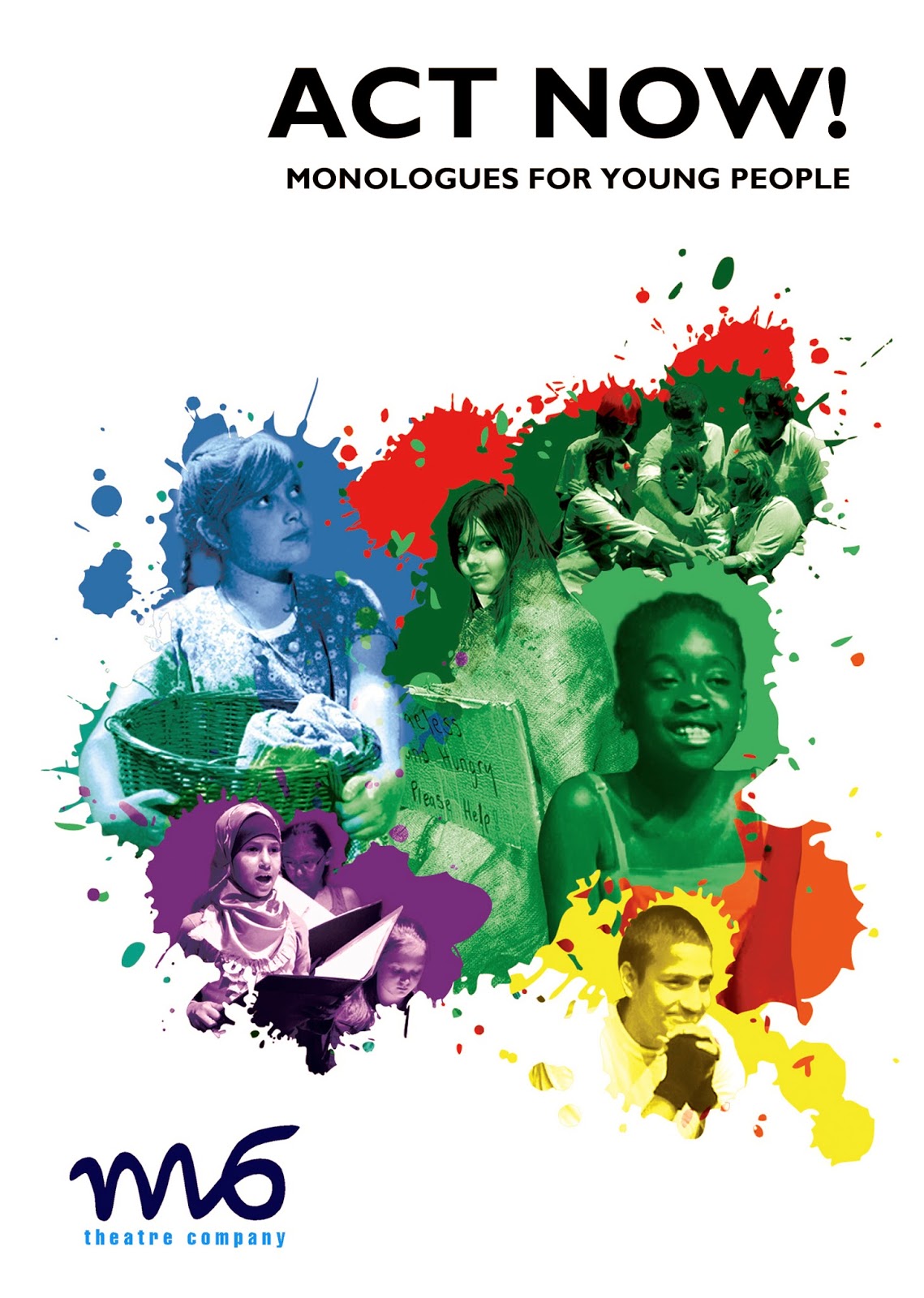 This new collection of contemporary monologues has been developed through consultation with young people. They offer a range of authentic voices and relevant issues to stimulate discussion and participatory drama work.

A Friend Request by Kate Collins (Act Now! Monologue Competition Winner)
Joshua can be whoever he wants in an online world.

Father’s Footsteps by Mary Cooper
Everything has changed since Nathan’s son was born. But is his past still ruling his future?

Web Pal by Billy Cowan
Zoe has met someone special on Facebook. Will he turn out to be the same as his profile pic?

A Change for the Better by Anne Neville
Ian liked his last school. He doesn’t understand why things had to change.

It Should Have Been Me by Billy Cowan
When faced with unrequited love, will Sophie take revenge on the object of her affection?

Cheers by Ged McKenna
Ben has finally found the courage to speak up, but not everyone is thanking him. 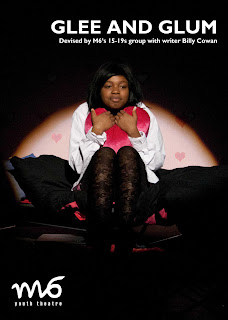 Precious is thinking of running away because she’s not happy. Michelle wants to be with Stuart because it makes her happy and Henry just wants to be Blackadder.
Should the right to pursue one’s happiness be on the Universal Declaration of Human Rights? Class 5P thinks it should. So, when their citizenship teacher sets them an experiment to do whatever makes them happy for a week, they all jump at the chance. But will anyone be happy by the end of the week?
Glee & Glum is a funny yet touching play about individual happiness and the price one might have to pay for pursuing that happiness.
M6 Theatre Company is an Arts Council National Portfolio Organisation (NPO) and recognised as one of the UK’s leading theatre companies, creating innovative and relevant theatre for and with young audiences. Act Now! is their participatory programme which enables young people to create and perform theatre themselves. 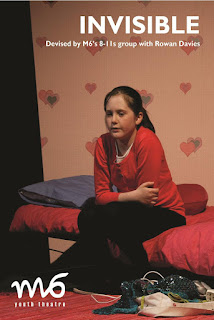 Ten year old Jo might as well be invisible. No-one takes any notice of her. So, she decides to run away. Finding herself in the strange world of the Dragon’s Den, she soon realises she’s made a mistake. The Dragon’s, however, won’t let her go back home until she’s invented something that will make them rich. Jo soon learns that to escape, it is herself that must reinvent.
M6 Theatre Company is an Arts Council National Portfolio Organisation (NPO) and recognised as one of the UK’s leading theatre companies, creating innovative and relevant theatre for and with young audiences. Act Now! is their participatory programme which enables young people to create and perform theatre themselves.
Invisible was devised by M6’s participatory manager, Rowan Davies, and the Act Now Youth Theatre group aged 8-11.

OTHER PLAYS FOR YOUNG PEOPLE 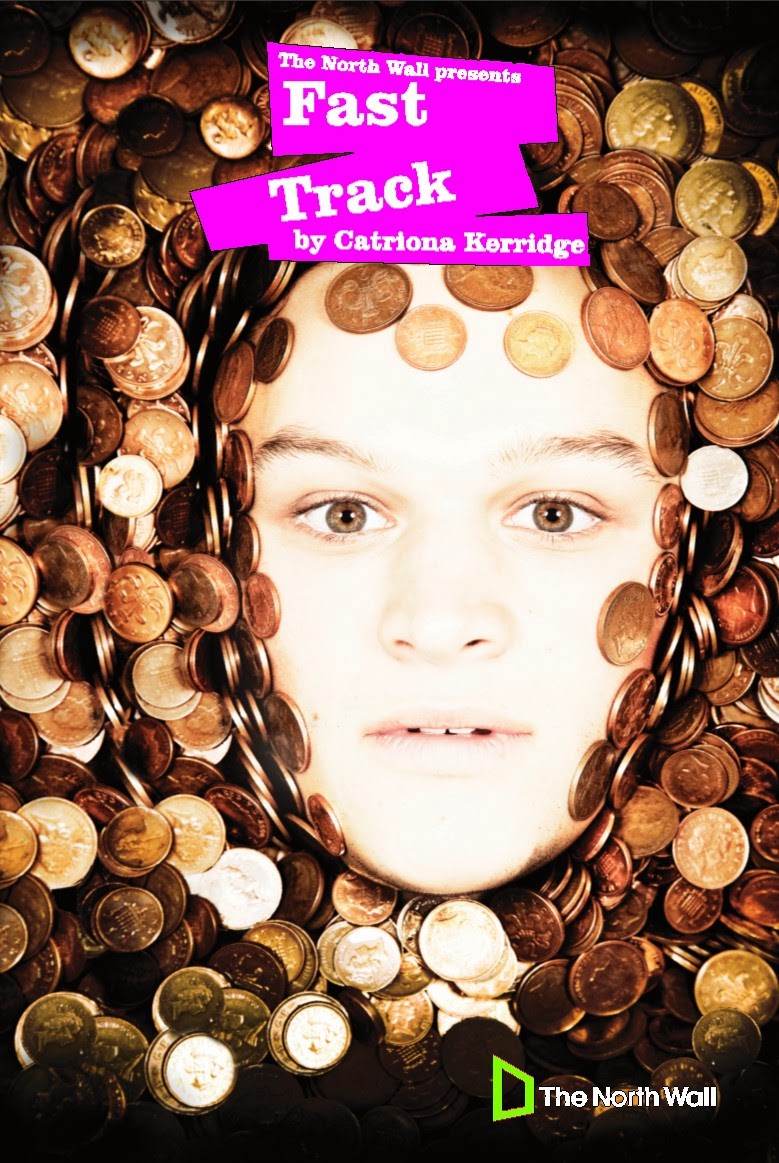 “I don’t know you. I know nothing about you. You’re just a stranger. All that I have in common with you is that I sat on this bench.”

Characters run, cycle, walk and hurtle past each other. Strangers confess, love and judge each other. They have one thing in common: they are all stuck in a relationship – a relationship with money. They are trying to find ways to handle it: save it, steal it, exchange it, make it or get rid of it. And as the sun sets and night falls, the park becomes an altogether darker place…

Pulsing with energy and dark humour, Fast Track exposes the beating heart of the city and the challenges faced by those that live in it. The North Wall is proud to present the premiere of this bold new play from one of Britain’s brightest up-and-coming playwrights.