Growing Pains
Carrying the weight of the world in his sports bag, a working-class lad trades his
council estate for a one-way ticket out of Salford. Tom Gill’s genre-busting drama
goes on a poetic journey from heartache to redemption, against a backdrop
of broke lads and sh*t dads.

★★★★★
"Tom’s script is meticulously moulded. He has mastered the art of rhyme with delirious dexterity” Broadway Baby 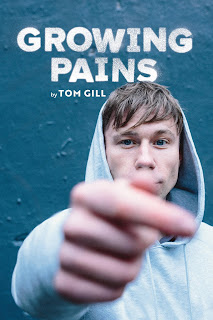